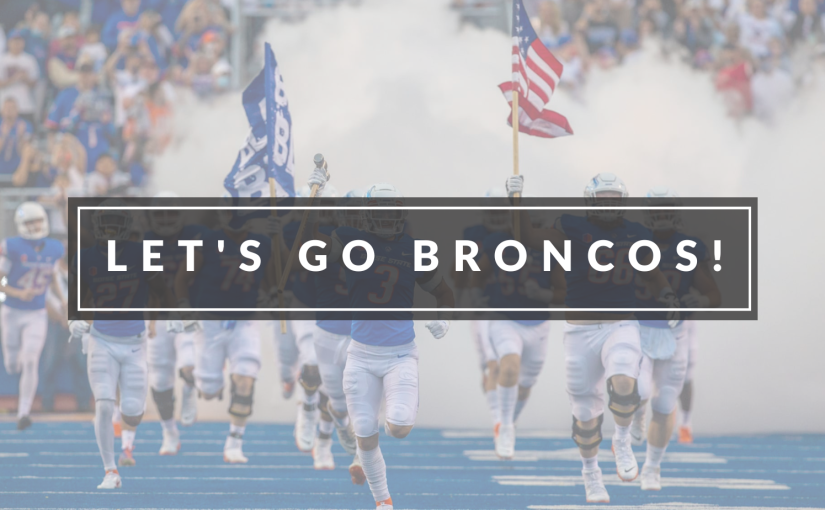 As fall creeps in we notice the start of cool crisp mornings, browning leaves and the increasing buzz before a new season of Bronco football starts. Painted faces, tailgating and the infamous blue field, fall is here and football is starting!

It comes at no surprise that the Boise State Broncos and the entire Bronco nation are praying they play in the Mountain West championship this year. If there’s one thing that motivates every player and coach wearing the Broncos’ blue and orange this year, it’s ending the season on a high note, after the last two ended in disappointing fashion.

“The last couple years have left a really sour taste in our mouths, and we’re going to do everything we can to change that,” said left tackle John Ojukwu, who is entering his fifth season as a starter on the Broncos’ offensive line and third at left tackle. “We know the standard. Now we just have to protect it.”

Another season like that isn’t going to cut it for a fan base that was regularly treated to seasons with 10 or more wins and conference championships under former head coaches Chris Petersen and Bryan Harsin.

Coach Andy Avalos said he isn’t feeling any added pressure to deliver in his second season since taking over at his alma mater, but that doesn’t mean the pressure isn’t there.